Batteries, memory, and my reluctance to upgrade my phone

arpeggios or what was I watching in 2004?

... that I totally missed The girl next door? And what of the battery question for Apple dev dept? Batteries or memory for iPhone 14?

Here's an attempt to share a sheet of guitar tabs.

It is supposed to be a sheet of music tabs for arpeggios but the website is using a scalable vector graphics image fir which my JotterPad app doesn't know what to do with. The days of good ol' jpg, png, or gif files are over.

It's almost like websites that flourish with eye-candy, like the new Edge browser's default headline news congregation page, hypnotize Edge users just long enough to dump their image urls to oblivian the next day. 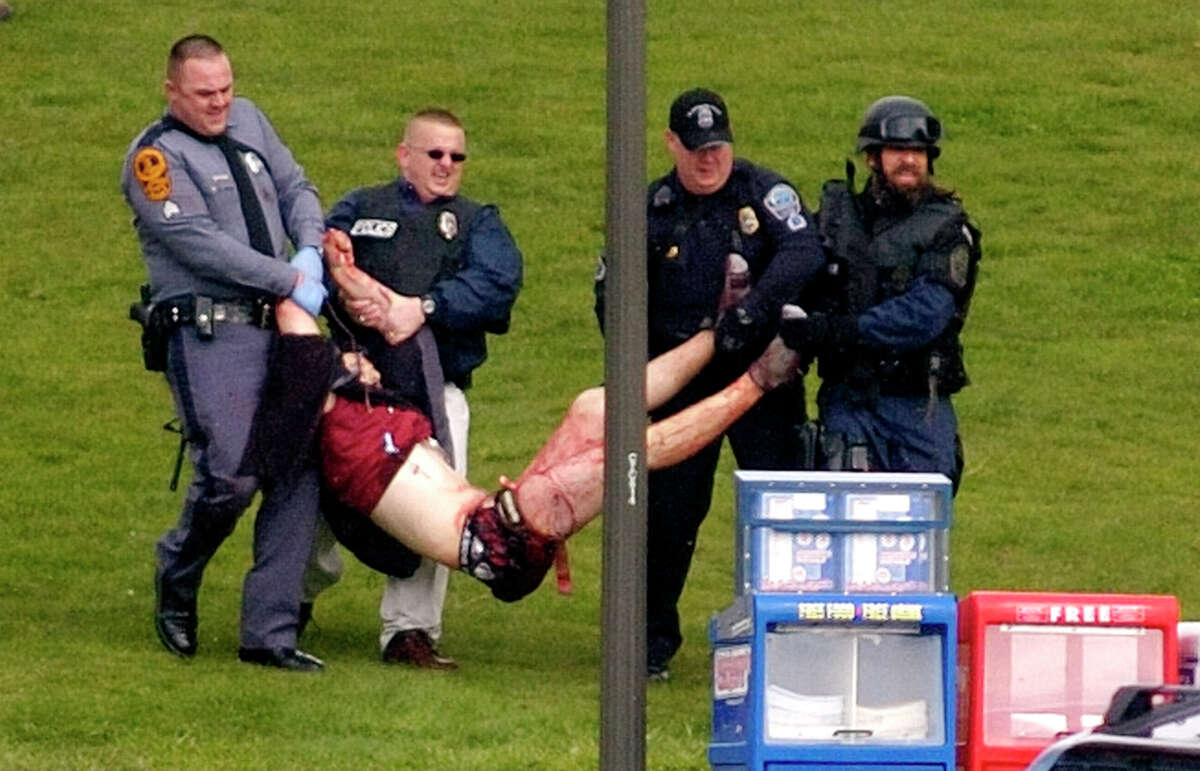 Is it anywhere near taboo to Google photos of what law enforcement witnessed with their body cams after the massacre of a Uvalde elementary school? The media interviews of gun control advocates aired comments revealing what it would take to defeat the NRA -- allowing people in this country to see the bloody mess left behind.

Honestly, it would be a bad idea for Americans to see what happens to a child when a high velocity bullet mangles their body. After catching bits and pieces of news concerning tragedies caused by live shooters, there doesn't seem to be any change on the horizon until those gory pictures are published.

It's no wonder. When I screened The girl next door, I was surprised to see the young faces of some actors I recognized from other flicks I watched. But in 2004, the following movies were what I was enjoying. I even took my mom to see Passion of the Christ.

I was going to meetups for screenwriters and Napoleon Dynamite was a hoot.

( Here are a few other movie postersCollapse )

This is the warning of the age of Aquarius

Carrot thinks I might look better with an eye patch

Here is a profile picture of somebody who contacted me on WhatsApp app. At first, she just said “Hi.” and whether I was somebody called (Bob, Ellen's brother). From time to time I get these wrong number text messages and because this isn't the first time a wrong number caller strikes up a conversation with me this way, I’m just waiting for the topic of conversation to veer toward crypto currency.

Out of curiosity, since she used WhatsApp, a Facebook search revealed a FB user that fits her description. Here's the FB picture that fit her description — in the course of txting back and forth with her, I've learned that her occupation is in cosmetics, which is also the FB user's job.

ive also learned that she is originally from Australia and currently living in New York. Plus, she tells me she's never been to Los Angeles. But the coincidence that the name Chloe Anne belongs to s.b. that looks like her and works a similar job is uncanny. So I'm just killing time by entertaining an ongoing conversation. So far it has not reached a perverted scale wherein detailed sex talk comes into play. What can I say... Sometimes business is slow and I have a lot of spare time to jaw flap with anonymous peeps. I find this new hobby difficult to maintain when conversation DOES veer toward NSFW topics. I'll sometimes be bored out of my mind (at home) and text her and I gotta say, shifting topics about the the weather and such, to s.t. more significant is something I practice regularly as I suck at flirting and moving things to the next level. I would never use my texting apps for NSFW topics in the office. That’s just weird. Imagine having a boner at my desk when somebody suddenly calls me over and I say “Okay, be right there.” taking my time while I try to get my mind out of the gutter long enough to reduce the swelling enormity of my prick. I don't even think this anonymous person in contact with me would tolerate that; me? I don't care but I've reached a point in my life where I agree with some of the crass ideas I hear on the street, such as all women are ho's, crazy and controlling, etc. her photo standing next to the Mercedes looks so classy! though. Is it possible, if this sort of mistaken call was from a prostitute soliciting business, that I've somehow managed to get myself on a VIP calling list? WOW she's hot!

Okay, just thought I would update my blog with news of how I'm spending my time. The truth of the matter is, I've been scared to approach the 3-scene-to-sequence prompt because the stuff I want to write about just seems like it's going to push me over the edge. I'll get there eventually. A little nooky for inspiration would be nice though. 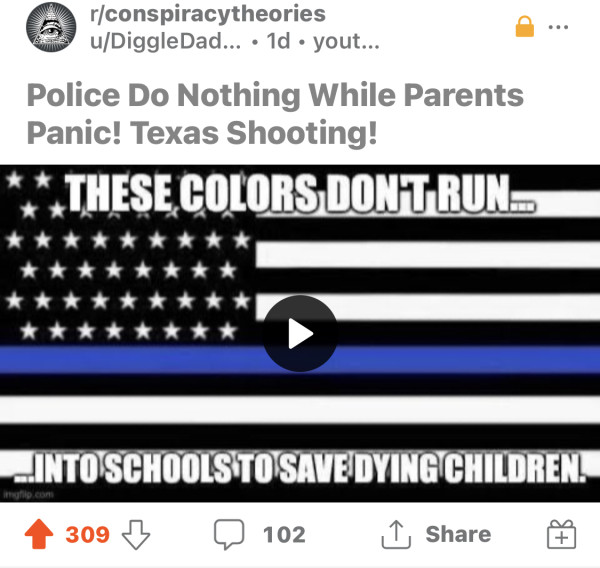 Sometimes, in my cluttered world, I find notes to myself that I forgot to follow up on and so...

If I think the note merits more attention than  the waste basket, I might research it a little to figure out what the hell I was talking about. This note that I reprinted in black letter calligraphy was originally handwritten in Sütterlin (not the easiest handwriting to read.) That's why a printed it again, although this version is not very much more legible than the original.

Let me shed some light on what I was referring to way back when I took this note. I don't think it was too long ago and I've never had such morbid interest in crime and murder until I started to seriously dig up newspaper articles on the subject. This note seems to be a reminder of a book title I might find to be a good read. The title is Silver Swan, the main character in the story is named Quirke.

Quirke, an irascible, hard drinking pathologist, investigates the apparent suicide of Deidre Hunt, the beautiful young wife of an old acquaintance, and delivers many things that might better have remained hidden, as well as grave danger to those he loves.

You know what I need? I think I need one of those girdles that old timer motorcycle bikers had worn in the 70's so their internal organs didn't bounce around so much from the vibration of their hard-tail Harley engines. A quick google search on that resulted in nothing; so in the meantime, when I sneeze, I clutch my own stomach to reduce the violence of movement from sneezing. This will be my normal way of sneezing to control the convulsive bouncing underneath my ribcage. At least until the pain goes away. Or maybe over time the pain will numb.

My doctor assured me that if I had injured my spleen, I probably wouldn't be around to talk about it now after full week of injuring myself.

Google says that a swollen spleen takes several weeks to heal. My doctor will see me in three months for a follow up. That's approximately the time it takes to heal a spleen. I don't really care if this malady is a rip in muscle tissue underneath my rib cage, or an intenstin stuck between muscle tissue, or even a slightly hurt spleen. The assurance that my doctor doesn't believe it's as serious as a spleen relieves some anxiety. I don't have to worry that drinking alcohol might delay recovery time of a swollen spleen.

All those pictures I've shared from the pinhole camera of the yard where I live… there is a sweet lime tree with branches that droop from the weight of unpicked fruit. The landlord uses 2x4 to prop those branches up so they aren't in your face and constantly bopping people in the head whenever strolling by, near, underneath the tree.

Last friday I tried to prop up a 2x4 where one of the branches would constantly bop heads, mine in particular. It didn't go so well.

You know that WWII picture of soldiers using teamwork to prop up the American Flay? Well, visualize me at the bottom of that pile, using my back.

I may have slipped and now I have a hernia. I've had back pain before. Excrutiating lower back pain that completely would imobilize me from driving myself to the doctor. This isn't that. I don't feel pain. I can breath just fine with no shortness of breath (unless we're talking about my sinus problem.) At first, I thought I did something to my spleen. I've felt this way from the moment of injury because I remember something sliding between my ribs which, if I had eyes in my gut, I might describe as an organ getting squished between ribs and then escaping certain rupture by sliding out from between them.  The problem is, whatever organ I might have on the left side of the lower portion of my ribs, it squirted out the wrong way and now…

When I sneeze, it hurts.