The most corrupt politics may occur in media 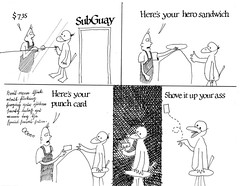 I tuned into to watch HOUSE because I tripped at the way such a disgruntled doctor could show his anger at his co-workers without once using profanity. Have you read That zucks! in LA Weekly last week? In it, Nikki Finke mentions how she uses her blog to effect the Hollywood moguls. Said Ben Silverman, "I hate the blog world. It ends up interfering with people's lives".

That I should be paying any attention at all to the snooze feature on my radio clock alarm might clue a person as to how much blog news is covered by the media. I mean, did you know Spielberg switched over to Hillary's side? I don't usually have pad and pencil next to my night stand, but this ambition to graduate from blogging 101 and become maintain something like Deadline Hlwd Daily is too appealing to resist. The immigration issue is interesting, the official languages issue is interesting, and small town Callies attempting to be heard by demanding a proposition of sort that will remove Californians' involvement in the war in Iraq is doubly juicy. The latest bit of news I managed to swallow had something to do with small California towns like Petaluma attempting to get a petition passed and/or signed for their reps to consider a bill that would keep California out of the US war in Iraq. If I knew any better, I would think there was a movement to secede this state from the union.

History is overrated? In a site regarding the national language question, James Crawford doesn't complete the first paragraph before he enters the subject of history as it pertains to the national American language. Other sources include the pros and cons for adopting English officially as the national language. Ask me and I'll tell you that nobody enjoys being assisted for banking services or computer services by thick Indian accents, but what about the lousy radio commercials for various corporations that end in a ten sentence spiel of legalese spoken like a true auctioneer. Who's ever noticed that when using the 800 numbers for customer support to these same conglomerates, the support agent is super nice beyond comprehension? How do Americans justify this hypocritic nature of soliciting business with TV/radio ads that end so impersonal. Is advertising really so impersonal considering it reaches so many more people? WTF, when large recording studios ask for new laws to protect their singers from pirating, which is just a hacks way of reaching out to as many people as possible, but listening to the radio suffers the listeners time by force feeding bullshit from Toyota, Ford, Dodge, and Sprint, Verison, Cingular ads which are incomprehensible to most people.

Where is your history then? I remember the old days when KMET was the best rock station around. Commercial breaks at their worst sounded like a guy suffering strep throat. Is making English an official language going to make listeners understand that legal jargon at the end of every large corporation ad? Why should I care? accoring to usenglish.org, California adopted English as the official language back in 1986.

Why am I making a big deal about this anyway? Since the wild fire that broke out in the Griffith Park hills, I see new sings at the park prohibiting smoking, bar–b–ques, and anything else that may risk a similar disaster. It seems that bills are being submitted for approval that will restrict smokers to smoking in the privacy of their own homes. In a press release about the national language amendment, an excerpt describes how the new law is expected to solve the current state of diversity

While the measure does not prohibit information and documents in languages other than English, it clarifies that while a government agency can opt to provide services in English, citizens do not have an affirmative right to ask for such services. An exception is made for existing federal law, such as in health care and judicial matters.

I'm worried about my rights to have bad penmanship when writing in cursive. I know that's nothing to rave about, but it seems common knowledge that the rich and famous can get away with murder these days. That means that doctors will still maintain their rights to sloppy writing, but us commoners will not. My handwriting simulates a style of of cursive introduced in Germany just before WWII. Making English the national language might inhibit a person's right to copy sloppy handwriting. "I'm practicing my freedom of expression" is what I say when asked why I write so funny.