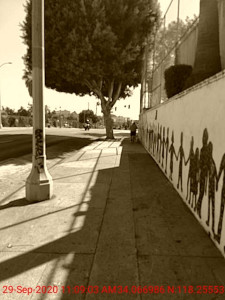 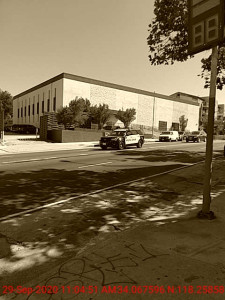 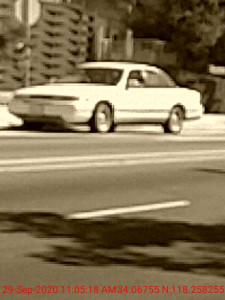 Let’s analyze this in such a way that doesn’t piss off the Russians, mainly LiveJournal. What exactly does a phrase like this mean. I believe it infers defunding. It doesn’t seem like a phrase remotely similar to saying such things as beelzebub, which god fearing people like myself understand may be a sin even if saying it isn’t an attempt to conjure up evil.

Law enforcement. History has shown us powerful civilizations wherein edicts are past banning such things as voicing names like Moses and such. I go around taking pictures of law enforcement, not because I admire them or feel like they are heroes deserving recognition wherever they go. Mainly, I’ve been seeing law enforcement so much everywhere I go, it’s become a concern, and I came up with the idea that it would make a good subject to use all the many camera apps available to find the one that fits my needs. That, and the fact that I see a future wherein police uniform reform will one day become hot pink uniforms, so the fact that the future is not yet here, to me, says simply that all police are out of uniform. Law enforcement.

It’s always been puzzling how the color spectrum transitions to 50 shades of grey. Does a black and white photo of a red flower next to a green leaf appear darker or lighter to its surroundings. That’s all. No need to get the FBI involved.

I don’t notice so many cops around anymore, but sometimes I feel that they’re watching me watch them. It could be the blue rittenhouse rubber gloves holding the thick ass Sonim XP8 Mobile phone that may easily be mistaken for a hand gun. Who would ever have guessed that photography could be so stressful.

Lately, I've notice a slur in my speech and pondered the idea that I might've caused some serious damage that one day I carelessly got plundered in a fist fight way back in bygone days; and every other concussion I've sustained throughout the years, like bumping into trees and signs. Welp, all I can say about that is good thing I didn't have children. But it's a serious a crutch. For instance, flirting with women is near impossible. It's as if I have a slight touch of Tourettes Syndrome. I mean, light flirting doesn't exist with me if I find a woman attractive. I can't control the bluntness. It's almost like I'm trying to break the ice, kill the monotony and things like "Do you like to be spanked?" come out of my mouth. If you've ever seen the movie Sex driver, it's like the two brothers who drive the green sports car and talk to every hot girl that's within earshot saying such things like "you wanna make out?"

And I'm forgetful. I could learn a person's name one minute and forget it the next. For some reason, writing is different. Whoever said I don't sound like the way I write said a mouthful. I think the vibration of words that come out of my mouth reverberates in my skull causing headaches, and when I get headaches, the first thing I do is curse up a storm. Have you ever injured yourself, causing a contusion, and blurted out some sort of profanity in exclamation?

Back to topic: leaders who prohibit talking. I don't know where I heard this, but during the course of attempting to solve the enigma of the Peruvian megalithic structures I've stumbled onto a few interesting theories that ancient people, before the Inca, were not allowed to talk and write. I believe there's some truth to this because the native people of America kept no history about their culture. So when I hear on TV that sleepy Joe cannot say law enforcement, it's like going back to the stone age.

The black and white project is getting old and I don't know how long I will continue to sling my camera out every time I see a patrol car pass. If you've seen one cop, you've seen then all (unless they're breaking the law.) And then you've gotta ask yourself, what good is a photo of a cop breaking the law if it's in black and white. Most footage you see on TV these days breaking news of wrongful death shootings are in color. That'll be the day when a cop is caught abusing his power on film and the media decides to air it in duo tone. I guess I'll be able to take credit for that since I'm trying to start a national pastime of shooting cops on film in black and white.

It isn't an aesthetic thing either. I choose to use black and white settings on my camera because it takes up less memory space. Here I've uploaded photos from yesterday's adventure. I left out a picture of my sister who had married a cop, then divorced him, who happened to be at my work just standing around. But you can see by these photos how it seems like the FBI has become involved. I mean, last week I was shooting cops driving by and I would see ghetto bird (cop helicopters) moments later. I can't find any information on the building filling the background of the SUV patrol car either. My vivid imagination paints a picture of ammo storage facility.

I took a few pix of some graffiti that was tagged at my work. Funny how my building got tagged but the ammo facility is pristine. What lies ahead for libraries in these troubled times? Will we find ourselves defending books from being burned? First it's a ban on voicing the words law enforcement, next we'll be adopting a culture of wearing masks when in the vicinity of another human being. I don't know about you, and small business has never been a friend to me, but during this shut down as a result of Covic does the air smell better since not so many people are driving to work?