You know I had to download the app NetNews to find a better way of reading my fav blogs. Besides that, I am always fascinated with the advancements a little programming can go as far as technology goes. I mean, if I could design my own app to do the things I do for publishing one's own typecasts, I would. Why the term "typecast" has only become trending within servers such as wordpress and blogspot is yet another mystery that needs some clarification. Shit, we do it here too (on lj)… at least I do.

Understandably, lj hasn't been the most conscientious to it's American bloggers, but there seems to be some disturbance indicating that something is being done about it (short of just turning itself off and offering it's members the opportunity to backup all entries in pdf format. Or some such disastrous corporate decision. No, indeed they are doing their best to listen to their members about what they need. 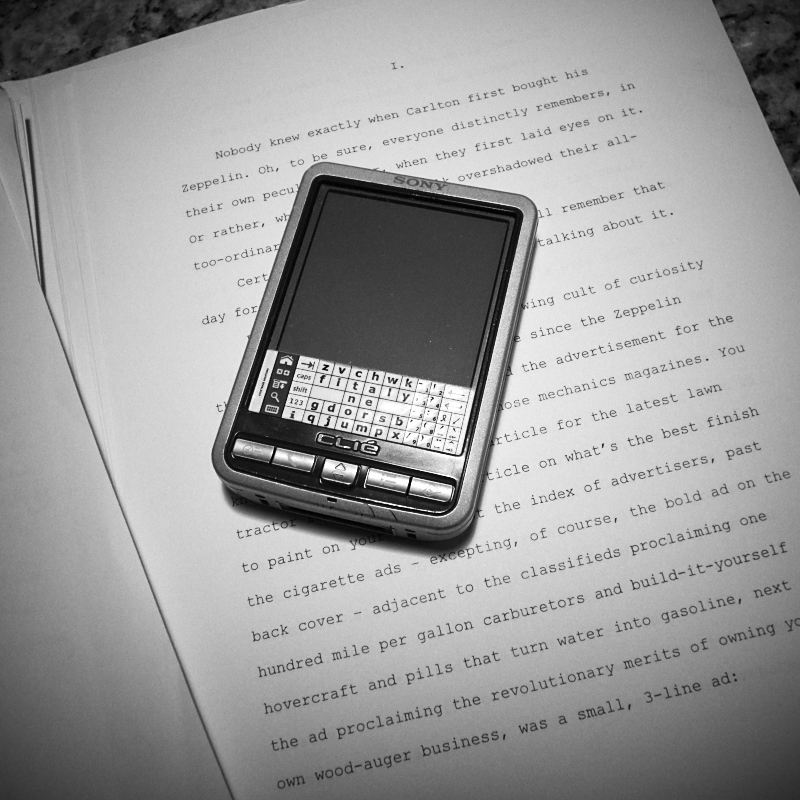 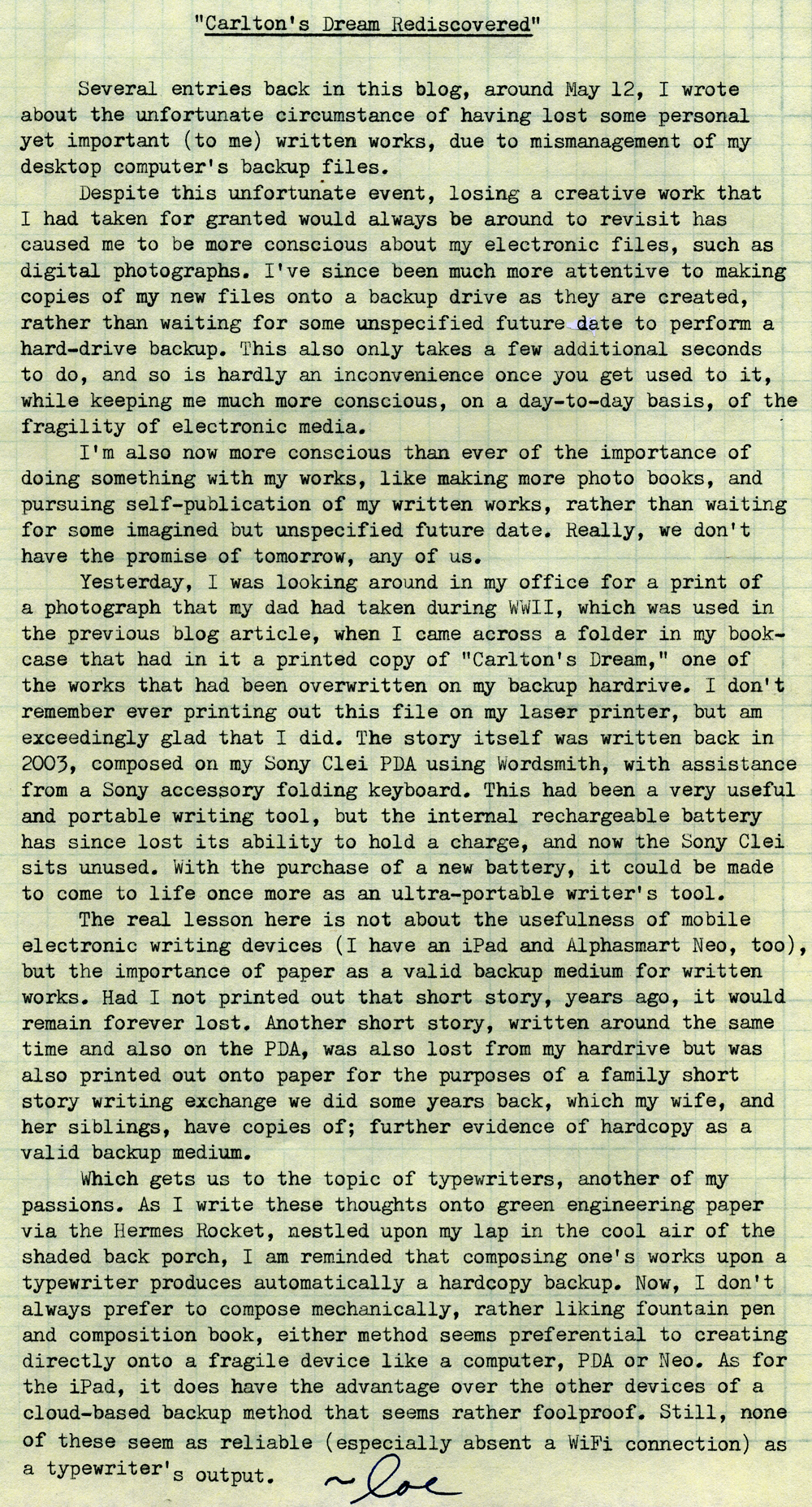 Post-Script: Of course, I misspelled "Clie," Sony's brand name for their now defunct Palm OS-based PDA. You might have noticed in the photo that the keyboard on the Clie looks different from a conventional QWERTY keyboard. This was an alternative design called FITALY, designed to be optimized for single-stylus entry. I got very quick with data entry using this alternative method, which I had learned along with the Palm graffiti method, and used when I didn't have the detachable Sony keyboard. Both skills have now languished in the intervening years since I no longer use a PDA as a writing tool.

The short story "Carlton's Dream" was a fantasy inspired by my reflections from years of perusing the back page advertisements of magazines like Popular Science and Popular Mechanics, of a guy who orders a full-sized rigid airship (i.e. a Zeppelin) from such an ad, and the havoc that results. This is one of the very fun things about writing fiction, that you can create a world where almost anything, no matter how silly or unrealistic, can happen.

Photo via Lumix G5 (with Olympus BCL-15 body cap lens) - I've decided to start using the Lumix micro-4/3 camera a bit more. While it doesn't have as nice of a dynamic range as the Fujifilm X10 without some additional post-production manipulation, its EVF (electronic viewfinder) is much more usable in bright sunlight than the washed out LCD screen of the Fuji camera.

Typecast via Hermes Rocket. I still have some issues with the carriage not advancing when I type fast. My solution today, while typing today with the Hermes upon my lap, was to simply type slower, ensuring the carriage advances after each letter, which I could discern by feel. Surprisingly, this wasn't as ponderous as it might sound, considering I was composing as I was typing and had to pause frequently to work out sentence structures in my head. Slow typing, as it turns out, isn't as slow as it sounds when you make less mistakes as a result!
Tags: typewriter
Subscribe to Telegram channel blanketsin.com
Subscribe