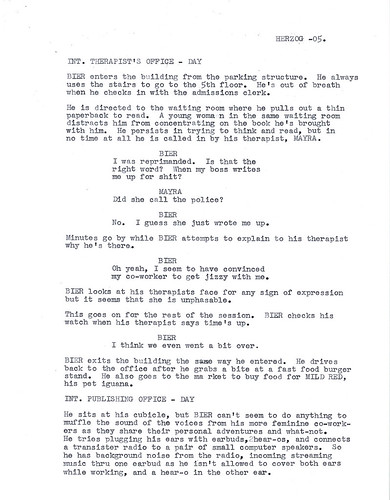 I'm giving yet another writing community a try as I am bored to death of the lack of feedback I get from just posting to my own journal.

blanketsin.com
Jan. 20th, 2014 09:54 pm (local)
That's right. Bier brings back half of his subway sandwich and tries to eat it in his cubicle. Uh… the girls (co-workers) are exceptionally loud in their conversations which almost always go over BIER's head as he has nothing what-so-ever in common with the conventional conversation subjects that co-workers spend their time chatting about. He wants to pull his hair out.

He'd leave the office for the break room to finish eating but his break is over and he's stuck there behind his little cubicle box that does nothing for reducing the squee noise. He pinches off a chunk of bread and stuffs it in his free ear.

This is helpful because?… After reading the initial reply from

thinksinpink, I got the brilliant idea of increasing the hilarity of the scene by using a sandwich as an earplug. After all, what's funny about using a normal earplug, right?