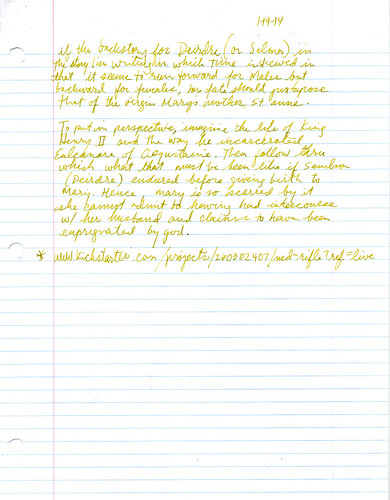 You know what I noticed in movies that contain lol humor? I noticed that more often than not, somebody gets his crotch wacked, doubles over in pain, and the next thing you know, he's fine, as if nothing happened. There's no inspection of any missing testicles, not visitations to the doctor for contusions <--(did I spell that right?)

So I have this scene in mind. It's never been done before, although it might be funny as hell if when one of the characters suffers such an incident to his scrotum that a testicle is seen bouncing down the street.

Anyway, my idea has to do with pepper flakes. It's a sad day in hell when I'm sitting behind my typewriter thinking of how I'm going to set the scene up. One of the requirements I'm dreading is going back to previous scenes in which the MC of this scene is seen crushing dried pepper flakes in his hand, then sprinkling them into his soup, or on top of his pizza.

This is a requirement because it's the set up. He'll be portrayed as the all macho dude who eats the most pepper flakes on his pizza. The situation he gets himself into is in relation to the way the hot juices of the pepper flakes tend to stay in one's hands despite a thorough washing with soup and water. It's the same kind of thing that happens when you rub your eyes with your hands that have handled pepper flakes beforehand. The only difference is the big macho dude is handling his cock. Maybe even having sex.