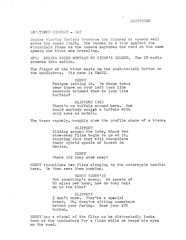 Yesterday, at Greg's, a gnat or something flew into my mouth making it's way down my throat. Could've been a piece of dust when I held a ladder for him while he decorated his backyard orange tree with air moss.

I had finally remembered what the hell kind of screenplay I've been spending all my time writing, after a couple hours went by that he'd asked me about it. At first I simply tried to pitch the idea of turning the library into a publishing firm and the drama that happens between employees.

Later, I realized that there is a fly in the movie that is supposed to function as strange flashback system. That part is hard to describe and mainly where I get stuck because I don't want the movie to be science fiction. So, Greg suggested that the flies are hitchhiking (really stowing away) to Mexico on a couple Harley motorcycles.

To avoid the science fiction appeal that these flies take the story on, I have to make them imaginary. So now it would seem that the movie might take on a fantasy theme, but I might be able to avoid that too if the imaginary flies are invoked by drugs like marijuana and/or peyote. 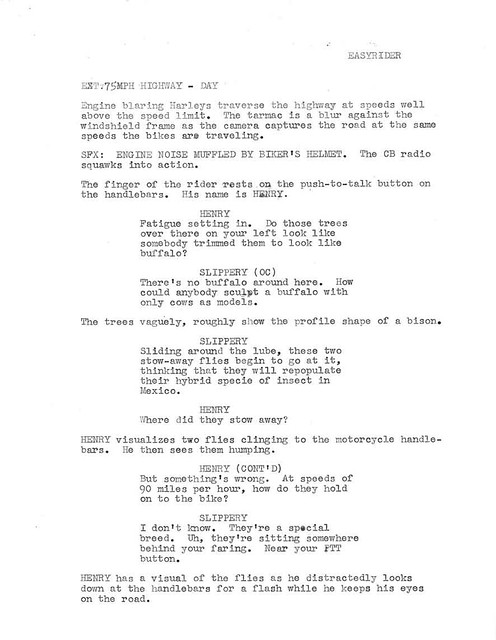 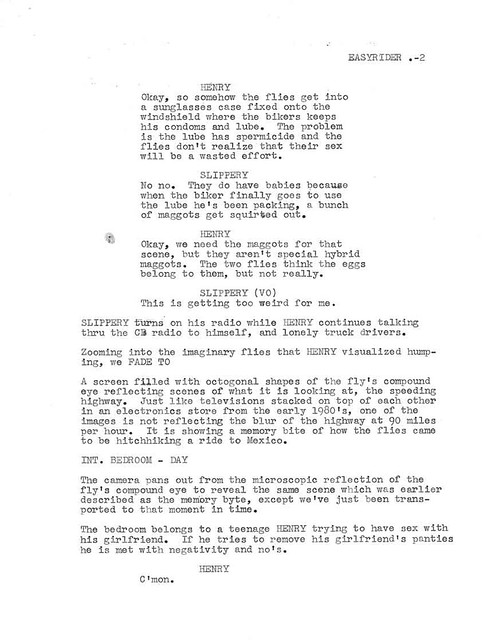 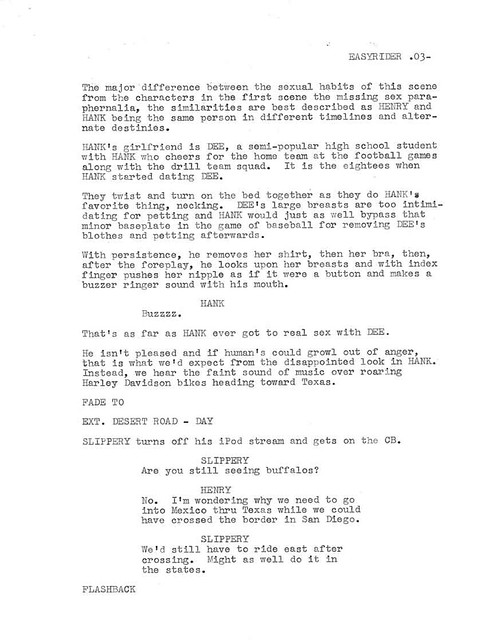 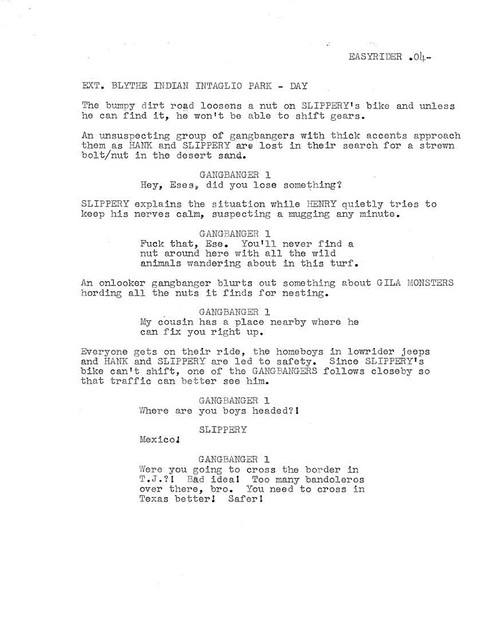