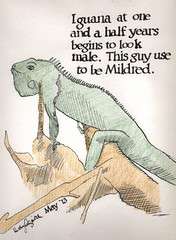 Did I ever tell you the story about how I began to see a therapist? It began with an event I like to describe as my midlife crisis, but if you start reading my blog dated around mid June 2005, that's when it all began.

And this is stuff I want to type a scene for!

I began my job with the city in 1996. I'll best describe myself as a wuss, fearful of a confrontation with my ex-girlfriend whom I hadn't seen already for nearly 15 years. As much as I wanted to see her, the fear of having my heart broken (again) if I learned she might already be married to another man makes me a wuss, IMO.

I think I spoke to her on the phone in 2007 and we quickly exchanged what we had been up to for the past twenty plus years. It was then that I learned that she had been going to the same school I was taking commercial art classes in at the time. Small world. She said she works about 5 to 10 miles from where I work, and I'm thinking 'what an opportunity to meet for lunch, or a cup of coffee.'

Silly me, suspecting she might be happily married, I suggest a meetup for dinner. That never happens, but five years later we find ourselves in the same retirement "dinner" (although she arrived late and AFAIK didn't eat.)

It's not accurate to say that I had completely gotten over her until the 2005 encounter (mid-life crisis) because, as I've already explained, I would still think about an encounter on the job as we both worked for the city when we were dating (1980's). That's a long time to be thinking of somebody who doesn't feel the same way in return.

How do I feel? I don't love her anymore. So what is this "you never forget your first love" baloney? Is my only remedy to smoke a lotus? I have to remember to ask my therapist why I act misogynistic, or why I feel that I do, when I scare my dates away. In a nutshell, it's as if I'm desperately trying to establish a relationship with the women I meet so that the awkwardness ends and the major decision making process begins. Why I want to go there, I do not know. Perhaps I'm hard wired to be a player and reap my reward during courtship only, as I'm certain that I would prefer ending a relationship before it reached the point of seriousness.