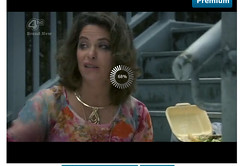 So that's where the hidden talent is working. Since watching the short lived TV series from the UK called pulling, I have been looking for new shows with one of the regular characters, Juliet Cowan. Unfortunately she works primarily in TV, for the UK, so the only entertaining shows and sitcoms I'm stuck watching is the crap that gets broadcast in the states. One of the showsI have been trying to finda stream sure for is phoneshop, butI admit I've only been interested in the episodes that Juliet is in which aren't many. Season 2 episode 1 is what I'm interested in, but so far I've only managed to finda decent copy of the last half of that episode.

These links don't work very well, but it's where I managed to copy 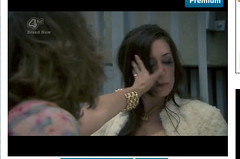 These naratives may contain some sort of spoiler. 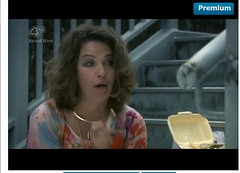 You know how I say women look attractive when they swear, well Juliet Cowan has a short dialog where she really seems to be boiling over. I didn't clip that scene because, well, I feel something should be left for surprise. 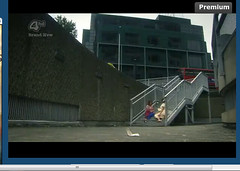 Completely shit-faced girls sitting at the bottom of the steps after a night of wild drinking. 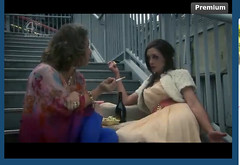 It is mostly Shelley doing all the talking in these scenes. She really wants to confide in Janine who happens to work with her ex at the PhoneShop, played by Martin Trenaman. 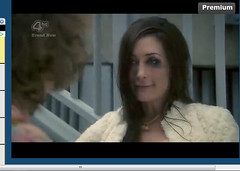 Just before her scene, Emma Frye makes eye contact with Shelley in the form of understanding where it is she is coming from. 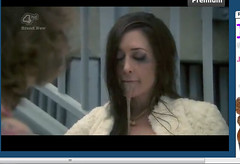 I guess it must've been all the mushy talk about love that makes her nauseous.