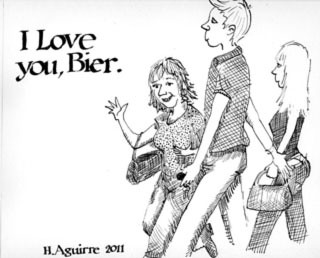 One day I decided to go to San Francisco. I don't have any desire to travel during my vacations anymore now that I am against flying. The drive wasn't so bad, but I would've like to have taken the scenic route instead of the I5. Perhaps on my next trip I will do just that.

I had packed a change of clothes, but when I finally arrived, I realized that I forgot to pack a change of pants. Anxious to start on my vacation, the first place I stopped at was Macy's. Or Nordstroms, I really don't remember anymore.

I grabbed the first pair of pants I saw and some socks. The pants were PPD (Paige Premium Denim) 7 for all mankind and corduroy the way I remember they use to be when I was still a teenager. There is a different class of corduroy that resemble slacks more than they do denim in that the pockets are slits running down the side of the leg parallel to the seam. I don't like those. I bought a couple at Eddie Bauer and I cringe when I run out of clothes to wear and have to default to the Eddie Bauers.

Last week I decide to stop by the Glendale Galleria since Paige's web site lists Macy's and Nordy's as a retail outlet so I don't have to buy online. I'm such a hypocrite in that I'll buy me a SLAYER tee online, but not pants. Well, my excuse is that I don't really know if the pants will fit and if they don't, then what? I'll probably go that way in the end, however, as nobody seems to carry men's Paige apparel. I called almost everywhere from The Grove to Pasadena to Beverly Hills and god knows where else. Some places said they do carry Paige for men but only denim, no corduroy. I also wanted to check out their cargo pants.

Since my San Francisco Paige cords still fit, I guess I'll just order the exact same size online. It would've been nice to plan another trip to San Fran. There's a Victorinox dealer out there where I also wanted to buy a new watch strap. Geez, what is it about this city that everything has to be bought online because nobody has what I want.

You know what, I goofed. I'm going to try to make some calls again, this time to for all mankind to see if I can look at their pants.

Holy crap! the prices are insane. I think I'm going to stick to Levi's from now on.