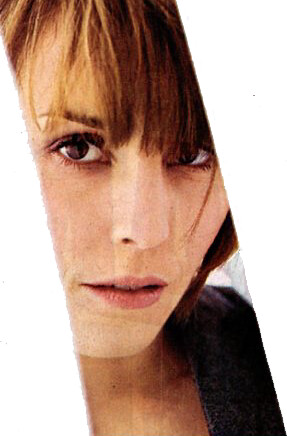 When I first picked up the book, I was a bit leery about reading something by an author who was described as an expert in Nazi history. After the first chapter, I completely disregarded any doubt over whether the pages of Girl with the dragon tattoo might be covered in anti-semitic innuendo. The director of the film version says of the book that it “is an enormous locomotion for the film… ‘Wow!,’ you pull the non-readers.” Niels Arden Oplev's best work to be remember will be when this Friday opens his version of a feral punk hacker, portrayed by Noomi Rapace. An article in the L.A. Times: A best seller deserving of a best effort reviews the film which N.A.O. compares to Silence of the lambs à la Scandinavia.

Lewis Beale, Journalist to the Times, says “the film does not stint graphic voilence and sex (it is being released Friday unrated in the U.S. to avoid a possible NC-17)…” Yet, American rights to the Millennium trilogy have been snapped up by producer, Scott Rudin, of Goat. Beale asks whether Quentin Tarantino might want to direct and the answer received was reportedly no, by Q.T.'s agent. Also on board is screenwriter Steven Zaillian╽ ready to work on the adaptation.

There was only good things written about this new upcoming release by Lewis Beale that I wonder whether movie ads will include quotes out of his article. Regardless of what N.A.O. says about the plans for an Americanized remake of the film version of part i to the Millennium trilogy, he has no desire to be part of the project and simply puts, "utterly stupid."