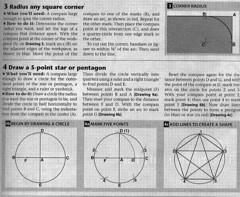 I searched high & low on youtube for an uploaded version of the music video aired on Carson Daly's show. I didn't find the exact video for the song Gasoline, so I tried to upload it myself, at which point my Internet connection starts wreaking havoc. Odd, but it's probably just as well since I take some time to read the entire upload page which is, incidentally, busier than a gay pride banner. "Do not upload (c) material unless you are the owner of it". I don't want any trouble, so I stop trying. I figure I'll just convert a copy of it to my iPod and listen to it every day.

I don't mean to be paranoid, and I really don't know how to upload video's all that much, but I had emphasized the highest quality in my copy which made it roughly 1GB in size. I'm going to assume that all the other videos for the song Gasoline were uploaded by peeps who don't own the copyrights to the song as well, and it was my dumb attempt to upload an awesome performance of the song which probably would've received twice as many views as any other version of the song.

What I will do is bitch about it. What's the difference between carrying around an iPod with the video of the song to share with my friends, or strangers, over uploading the September 2008 performance? I'm the one who had to sit thru commercial breaks for products that I probably still have no intention of purchasing anyway.

Since watching this video, I did develop an appreciation for AIRBORNE TOXIC EVENT music so much so that I intend to run out to a music store and buy a copy, or download it. So, how does one determine what is art which is copyright protected and what is commercial art? Also, out of appreciation for Kat Dennings who happened to be on the show this particular night when A.T.E performed, I'm determined to buy the DVD for her 'plug' of the film Nick & Nora's infinite play list come February. Isn't this what's intended when artists like musicians and actors agree to take part in a show like the Last call?

I can't really tell whether A.T.E. will be the new fab 5, or whether their hit single is only a one hit wonder. I do believe, however, that this song lends to the ideology generation-x is the new generation-y. 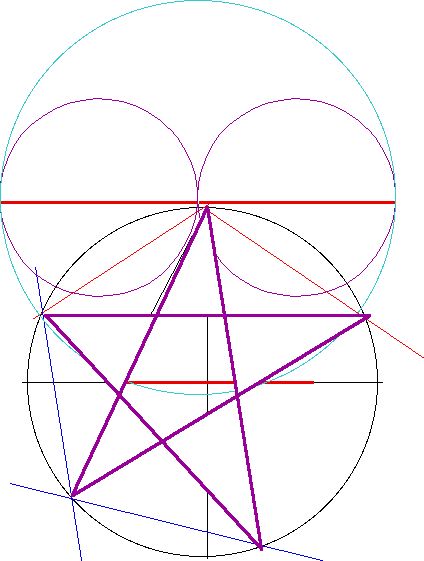 Above is a copyrighted magazine article I found describing how to draw a pentagon with a compass. My version of it is behind the clip. I use a cheap word processor's drawing tools to follow the instructions. Note: the sequence of illustration panels in the magazine article are shuffled. While normally one would see Fig. a, Fig. b, Fig. c, in this order, this article has the illustrations in this order: b, a, c. WTF?

Anyway, I also made an effort to do this on paper with a real compass and it doesn't work. What did happen was I began hearing thumping sounds agains the wall, which I thought might be my neighbor. When I check, it turns out that my neighbor was fast asleep asleep already. It didn't dawn on me that I might be conjuring up evil spirits drawing pentagrams inside a circle the way indicated in the magazine. I realize that it wasn't the neighbor I thought, but it couldn't be the neighbor in the back either. Frankly, it's cold outside and for anybody to make thumping sounds against the my southern wall, those guys would have to be outside in the damp, muddy grass (it rained a little today).

I take a break from all this BS and make myself a cup of hot chocolate. As I'm eating, I contemplate what I would do if an evil entity appeared. I would probably have to share the roll of bread I was eating as a sign of good nature. Fortunately, nothing of the sort occurs. I hear a knock on the door and it's the cat. I shrug off the thumps as being sounds of the cat even though the door is totally on the opposide of the room where where I remember having heard sounds. Is the cat currently possessed by a demon? Will he bring the demons into the house when I let him in?

Too late, I already gobbled up the roll of bread, and sharing hot chocolate just isn't going to happen. I'll probably stash this magazine article for years somewhere with two goals. Either I'll figure out how to draw a pentagram correctly using these instructions, or I will bust the writer of this article as an incompetent oaf who couldn't cover an auto show if he his journalistic credentials depended on it.