A five star cast in my book

files surely stands for generation-X, not action suspense entertainment. I can't believe how boring the movies are compared to the TV series that I always found myself glued to every week. Fox Moulder makes his appearance several minutes into the movie as a recluse has-been who keeps newspaper clippings in a scrapbook about FBI news. 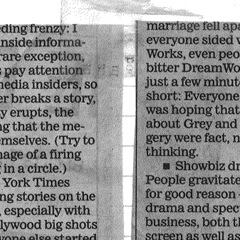 Batman: the dark knight was far more entertaining. I don't just mean because of the untimely death of Heath Ledger. The cast includes some actors I'm very fond of like Christian Bale from the movie An American psycho, and Maggie Gyllenhaal who made an impression on me in the films The secretary and Sherrybaby. I'll admit the mysterious manner in which Heath departed this plane made this film that much more intriguing. I mean, it certainly wasn't the way in which his make-up made an impression on me during the teasers on TV, or the trailers everywhere else. There's something to say about the way his make-up artist applied the paint to the Joker, or did I miss something here? Why do I have a suspicion that Heath may have smudged his own make-up himself out of rebelliousness? I envision an attempt by the costume department to go after a gothic look but ending up with something too feministic for Heath Ledger's taste, especially since he's probably eager to escape any stereotype he may have incurred to his name after making Brokeback mountain.

Before diving into the crazy idea that Ledger's tragic death may not be all that it was cracked up to be by the media, I should say that the blood lust I admittedly embrace is derived from a concept of a sick society.

Like lookey-loos, the majority of drivers IMO tend to leer at roadkill upon passing them by, and it's the only kind of society in which small animals can lose their lives senselessly without redemption. Roadkill just lays there on the asphalt waiting to be scooped up by the Dept. of Sanitation. It isn't like the buzzards are going to wait until the highway clears of traffic to dive into a meal, nor will vultures change their feeding habits and forage for food after dark when the traffic subsides. I'm not making a big deal out of this. It isn't like I'm a child of nature who believes in the ways of the native ancestors. This aspect of a cruel society is how I find my voice in the age of METAL \m/, and if I ever say that I'm not homophobic, I'm probably lying.

I grew up in Los Angeles. I remember a guy named Jose who also went by the street name "Joker". I wasn't exceptionally good friends with him, but I knew many of his friends as well. Perhaps if I had been part of that clique which goes around tagging their street names with graffiti, I might've been more popular. But I wasn't taught to do those things and I didn't like the name some of my friends had pinned on me back then. Apparently, my friends thought I had a big head so they nicknamed me "big head", but now I recall the pigeon incident where I pointed to a bird one morning on my way to school and told my friends "That bird is going to die". Moments later, the bus arrives and treads the bird under it's tire. I remember looking away, but I think my schoolmates looked on. One guy in particular burst out in laughter, psyched that I would've predicted such an event. I just imagine that this little incident probably spread it's way around campus and people just saw fit to link such a bizarre thing with big heads. After all, I happen to think my head is proportioned just like anybody elses. At least I was socially accepted and not an outsider. For somebody born in Australia to come to Hollywood expecting to make it big under the guise of a pseudonym like the Joker, you would think they'd at least know the language (Spanish).

The Batman movie gave no indication to me that a sacred Chicano code was being admonished, and I recall seeing multiple articles in the news describing Heath Ledger as experiencing nightmarish symptoms as a result of his dark role in Batman. Actors tend to have difficulty releasing their grasp on their character if they form a close attachment. Was Heath trying to move in on sacred ground? He played an awesome villain, but was it an accurate portrayal of typical Chicano behavior that he was attempting to portray?

Do you remember how hooked you were when a new episode of The twilight zone aired on TV? That was a great series, but the moment somebody thought of making a movie about it, it bombed, just like The x-files. It's ironic that Moulder would make his appearance in the movie as a recluse has-been clipping newspaper articles about FBI goings-on because most people into Hollywood gossip also found the news over the persecution of Anthony Pellicano equally as interesting. The last remainder of interest squeezed out of this news story might be 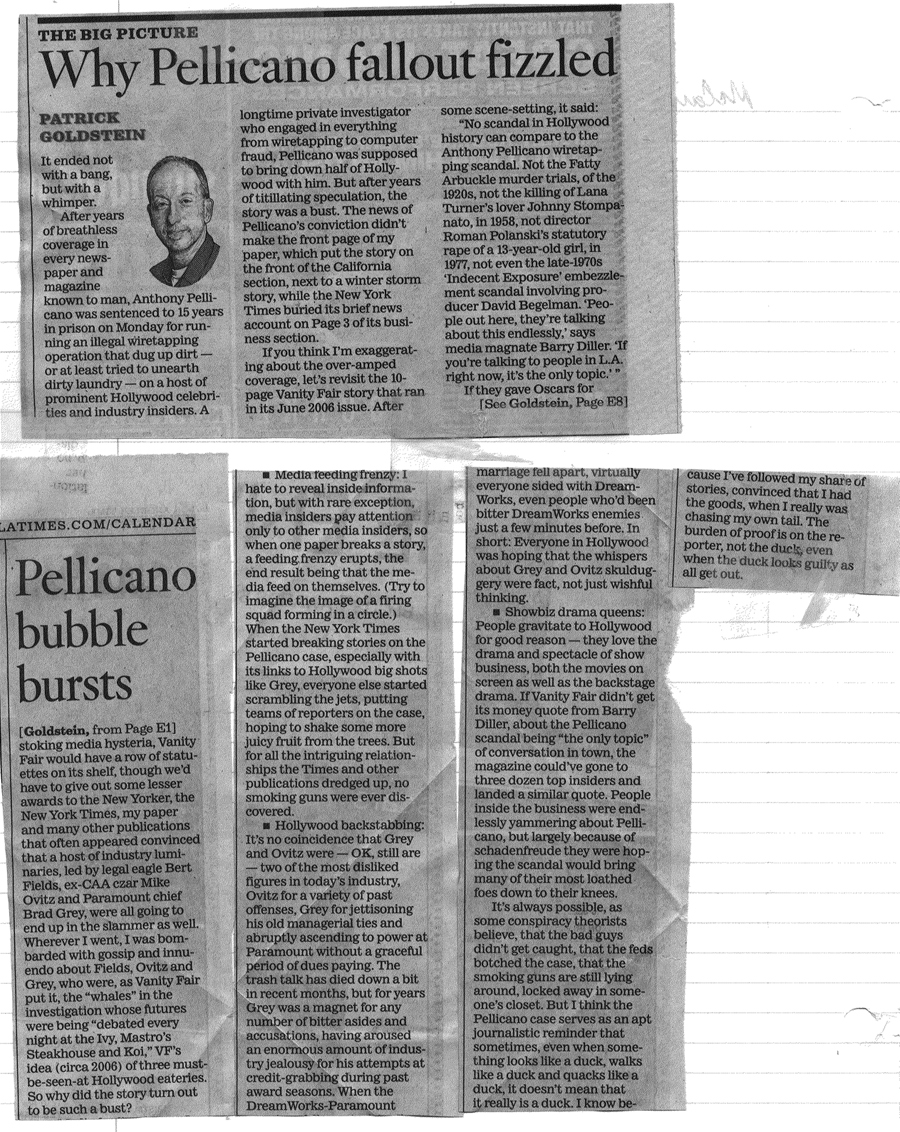 The big picture by Patrick Goldstein. He claims that interest faded because in the FBI investigation because it was finally realized that the Pellicano trial wasn't going to effect them personally. That's like saying, in an exhaustive effort to adjust the deficit, the federal government has decided to use a variety of surveillance schemes, including wiretapping and computer hacking, to extricate people who illegally pirate copies of music CDs and movie DVDs. That would be $250,000 a pop for DVDs. How quick is that for bringing the value of the dollar back up?

I thought Maggie Gyllenhaal would survive in her role in the Batman: the dark knight. Goes to show you how much I know about film making. She might have taken the part she held only to be close to Heath, as it would seem her brother and he may have become very close. Or maybe she was there to make some sorta peace with him as a role like Ennis Del Mar would make most people estranged with each other. If I was an actor who had a love scene with a beautiful woman, you can bet your horses that I'm gonna want to rehearse my love scenes with her over and over, in private. Does that kind of thing take place behind the scenes while filming homosexuality? Before Brokeback I didn't have a clue Jake Gyllenhaal was bi/homosexual. The media seemed to have had a field day with gossip about his love life, and I'm sure if either of the actors were strictly acting their parts, some egos may have been hazed. It is sad about Heath Ledger. Although I'm well aware that these things can and do happen among the rich and famous, he would've made a lot of good films, I'm sure. Maybe somebody will find his life deserves a docudrama.