etter cinch yourself up for a twist. I can't think of a better feeling when in a movie house than that of pinpointing leading actors such as Sam Rockwell (from Confessions of a dangerous mind) and Michael Sheen (from Dirty filthy love) in a film one goes to see because of it's plot content. So, despite not knowing who exactly was going to be in this film Frost/Nixon, nor that Ron Howard would be directing it, I felt so much closer to the character of David Frost as I half expected to see a burst of vulgar language explode from left field in mid sentence when I realized he'd previously held a role of a Tourette syndrome sufferer in Dirty filthy love.

Feeling a bit hot under the collar seems to be the rue of the day depicting the interviews having taken place back in 1977. There is so much more that I saw into this movie. There is the fact that a man, formerly considered the luckiest dog to have won such an honorable position in politics—twice!—decides one day to hand in his resignation. And, the question is, how does one become such a corrupt individual? Is it just that this breed of human is the sole offspring of western society, mainly California? I mean, considering Hollywood is associated with being the artsy-fartsy infrastructure for the lifestyles of the rich and famous, the idea isn't so far fetched. After all, isn't it said that one should not speak of the deceased because they aren't around to defend themselves? And here I am talking about Richard Nixon as if I knew anything about him.

Wikipedia describes Nixon as a student of Whittier College. Hm. I remember holding a job there. It was the 90's, I believe, and my immediate supervisor's name was Noemi, Raquel Deirde or something like that. She was the Dean at the Hancock Park campus and her and I and one other employee one day took a little picnic of fast food to the closest park and chatted it up a bit. Heh- I had mentioned my immediate goal in life was to be a cartoonist then. Another fond memory was bringing a bouquet of flowers to one of the other clerks working in an adjacent building on campus. Embarrassing.

Nixon went on to attend Duke University. If the future president's ideals weren't corrupted in California, then perhaps they were scrambled in North Carolina. I honestly wish I knew more about him to give you my perspective on thing, but I just like films about politics and cover-ups. Well into act two, there is the question of whether funding for the English variety show host would be possible to conduct the interview, and it seems that many of the big corporate media companies turn David Frost down. NBC in particular. I like NBC because it has a government ring to it's sound. Em•bas•sy.

I doubt I'll find another film to interest me before the word is out that my main source of entertainment will be hindered by the SAG strike, god forbid. But, I wouldn't mind catching this flick again. The scene with the girl from Monaco flying on the same airplane as David's is an impetuous prize for success as a journalist, but were the cheeseburgers, and any of the dialog transpiring behind the scenes, factual? Oh, this entry is destined to have a part two. 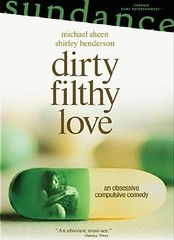 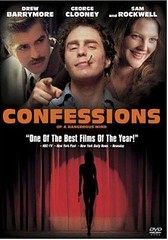