his is a film for TV fans of The office because many of the cast members from the sitcom also have bit parts in this movie. This film may be targeted for an unmarried audience. Is it early that this film should be airing on HBO? I almost overlooked it myself, and had I not been channel surfing with determination to find anything good, I lucked out. I channel surf a lot and stop at a number of lame films that I don't feel merit the time of day for a critique.

Last night it seemed that I must've really been in sync with HBO because I've been contemplating why I'm not married yet and the only thing I could come up with was that I get cold feet around the time my relationships begin to get serious. This new age romantic film ascribes to the ideology that living together first makes for a smart marriage decision. Old fashion traditions of remaining a virgin until married are out the window; or perhaps this flick is intended to real in a wilder lifestyle of viewers.

The thing is, I doubt I could ever measure up to being a cool headed as Ben Murphy was when embarrassed or left to deal with bad decisions. Some people say that the right person only comes around once, and Ben Murphy knew who his ideal life companion was when he proposed. Me? I'm as blind as a bat. I rely on astrology to tell me who's compatible, and unless my woman looks like Elina Löwensohn, she doesn't have a chance.

Depending on the type of person you are, two different kinds of endings can be interpreted from this story. Dark minded sinister peeps might see it as a tragedy, and happy go lucky types might see it as being a success story. I can't decide yet how I feel because I need more background information about the lovebirds whom this movie revolves around.

The first five minutes of the film, I can't help but feel the urge to stick my middle finger in Reverend Frank's face, but it isn't until the third act that same reverend is confronted by a dark past. There is some strong language in the film, but that the cursing takes place inside the house of God gives the act that much more significance. We see throughout the film humanizing anecdotes that enforce the idea that ministers are fast driving, car loving people too. Robin Williams is terrific the way he blends in with his surroundings as Reverend Frank and effigy to a choir boy.

It may seem that marriage is nothing but squabbling family members trying to tolerate each other's company. So when the Reverend is confronted by accusations of spying and hypocrisy, the bride's side of the family shrugs it off as though it were water under the bridge. The whole plot seems to be about preparing one's self for being the 50% of married couples who don't end their relationship in divorce.

What justifies divorce? So that I don't reveal too much about the film, I'll give you reasons that I think might be reason to get a divorce. 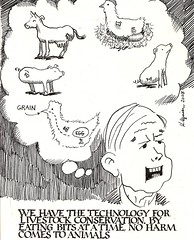 The latter probably wouldn't even be counted as a marriage since an annulment would definitely be in order. How to stay married with the one you love when that person is abusive, non-seductive, unfaithful, already married, gay is probably not that hard. There already exists laws that incarcerate people who physically abuse their family. So a person could have their spouse sent to prison and still remain happily married.

There are truck loads of toys on the market today that married couples may rely upon instead of sex anyway, and infidelity/promiscuity falls under a similar category for I don't think anybody wants to risk getting STDs with their spouse if he or she's has been cheating on them. Bigamy is a bit more complicated. The idea that women aren't allowed to marry multiple men seems unfair to me. Would I consider entering a multiple marriage like the mormons who practice bigamy if I thought I were marrying my soul mate? No.

In the end (of the film) the outtakes revealed give the ending an element of fun. One in particular gave the impression of the director encouraging his actors to ad lib, another reveals enormously fun smiles that I thought only Clive Owen had the teeth to achieve such sentiment.