I hate politics so I never write about government; but criminal justice on the other hand fascinates 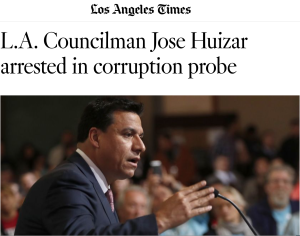 How-to give the gift of covic
Evil Otto was a bouncy ball in a video game that raised the ante in the video game Berzerk. Berzerk was one of the first digital video games to capture attention away from the classic pin-ball machines. It made the news when high scoring video game enthusiasts lost their lives while playing the game as a result of experiencing a coronary. It was believed that the stress of the game increased one's blood pressure causing the heart attacks.

Later in time, computers began to develop emoticons to replace smiley faces created by using qwerty board alphabetic characters like the colon, for eyes, the closing parenthesis bracket for a smile and a dash for a nose. The smiley face, IMO, emulates evil otto frozen in time. Defeated. Displayed like a rotting ball positioned among text like a smiley face rigor mortis instilled on the characters of the theatrical production Les Misérables.

If Evil Otto was a Pac-man animation chomping dots along a path within a maze, then surely Evil Otto succeeded to disguise himself as the anti-hero in all things digital. What's next for the happy-go-lucky wheel? From what I hear, UFO's should be making their presence available soon. Aren't all discs round as well? Will the planet be capable of defeating the overgrown, once fubar glitched foe? Back in 1991, Mexico had an solor eclipse that came with all the bells and whistles as bystanders quickened for their cameras. When I heard that nothing could top off the year 2020 like a UFO, it being summer around the time I began hearing these rumors, I couldn't help think of July 11 as the date when Evil Otto would take over the world as a UFO. As it so happened, a solar eclipse, the ring of fire to be precise, was being forcast for the weekend of Father's Day in Africa, India and China.

For sure I would find some Periscopers filming the ordeal. Even Heather Wade of The Kingdom of Nye podcast alerted her fanbase that she would come on air over the weekend if news about a UFO invasion was taking place on the other side of the globe. Sadly, nothing happened. Of course, July 11 might still be possible, even though the lack of a celestial event to make humans swarm like ants for safety wouldn't be a precursor, if an invasion does take place, I think I will feel like I've been in a video game this whole time I've been living on earth.

What does Huizar have to do with this? Nothing. It's like I always say about corruption: if you multiply a negative by a positive, the result will never be a positive. So, where law enforcement corruptions refuses to fix the relationship with citizens by sporting hot pink uniforms, and where police chiefs refuse to take responsibility, and where the judicial system almost always sides with an officer's version of how things went down without remorse, my prediction for the future lies in what happens next to the Evil Ottos of the world. Will they emerge from the south crossing borders to climb the wall to the land of the free? The land of immigrants, refugees, unwanted peoples, aliens? Yes.
Tags: evil otto

Downloaded an app for screenwriting on my phone. It also works for cartoonys