the trouble with computers 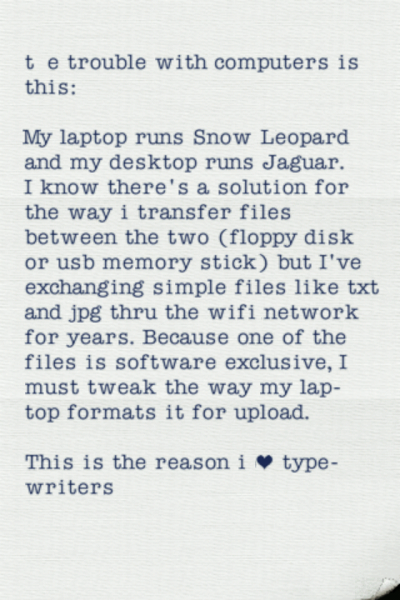 Here is the reason I don't trust the rating system at rottentomatoes.com

This is pixture of an autographed poster by Alice Lowe, whom I'm told was here at the only LA theatre showing this flick. 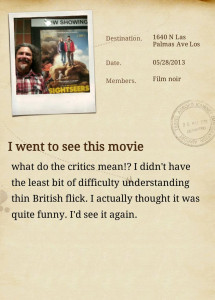 .This film played at Arena Cinema and I only saw one other person in the screening room. Somewhere I read a review that the humor in this film is bland (not in those exact words,) and I nearly balked at going out to see it. I originally planned to go on Sunday, but because I did some Internet research on Sadie's and saw that they were closed Sundays, I stayed home. I wasn't expecting such a good movie and I was surprised at how this flick made me smile.

You might've heard that this is a movie about serial killers. And I think it's safe to say this film does contain some senseless murders, but I thought it was more romantic. If you've seen this film you'll know that that probably say a shitload about me, heh.

The poster is an autographed copy by one of the stars of the movie, Alice Lowe. I was informed that she had been present at the Friday and Saturday showings; as well as enjoying a cocktail at Saidie's (in the very seat I was sitting in.) What I would've done to hang out with her on one of those nights.

The thing on everybody's mind is whether or not this is a keeper. C'mon folks! Soft Cell? Tainted Love? Why wouldn't you go see this? I've gotta go again.
Tags: movie