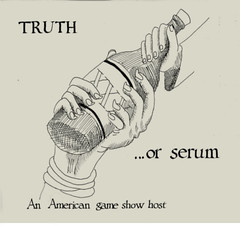 liquor165
Originally uploaded by blanket sin.
Have you seen the first episode yet of The minor accomplishments of Jackie Woodman? Well, I have and I'm not embarrassed to say that I like it, though it may be a show directed toward a female audience. Jacke Woodman has a way about her (black hair) which characterizes Catherine Keener. Her voice isn't squeeky which most men will tell you is a welcoming feature, but I have yet to hear the way she laughs. Since the show Lucky Louie came out, I felt Laura Kightlinger's role as Tina in that show reminded me of Geena Davis because of the way she dwarfed some of the characters, namely Kim (played by Pamela Adlon). Then again, I also thought Gina Montana (played by Mary Elizabeth Mastrantoniofrom the movie Scarface was an early film with Gina Davis appearing nude. I haven't really followed Gina's career, nor have I tracked films with Mary in them. I think the only film since Scarface I've seen with Mary in it was The perfect storm but I don't recall seeing her.

I'm sure there's many funnier comediennes out there, but none sexier. This show, The minor accomplishments of Jackie Woodman contains an attractive cast that know how to swear. I don't know about you, but for me, women who swear is an aphrodisiac. Anyone can swear, but who can really act out a part and swear as though it's second nature to them? A prurient vocabulary is a skill, lest he/she runs the risk of sound like a senseless adolescent whose limited vocabulary alternates the "F" word with anything lacking verbs, or emotional conviction as adjectives/adverbs, and nouns (motherfucker). I have never heard anybody use "fucker" by itself since elementary.

I know I'm the not first to rate this show a plus, and I know I probably haven't seen the first episode of the series. I lose interest very easily and it will be interesting to see whether I end up seeing more episodes with Laura Kightlinger in The minor… than I've seen of Sarah Silverman in The Sarah Silverman program [three episodes thus far].