Reject letters by any other name

Whenever I sit watching car chases, or breaking news involving violence in which the outcome always results in the untimely death of the suspect, there's a question in my mind whether the victim didn't suffer from depression so that he wasn't conscious of his act that may lead to uncertain death. Then, when experts get a word of the tragic event, for instance, the shooting of a woman sitting in her car asleep with a gun, or a woman in the middle of the street talking gibberish and wielding scissors or a knife, etc. the news coverage makes a 360° turn on their position of what exactly transpired leading up to the news worthy event. Meanwhile, it would appear we all live in fear of law enforcement's look upon us.

yoropen164
blanket sin.
I've often felt that, where there is news, I should be there with camera at the ready, and yet, the coward inside me thinks, if my pictures prove exceptionally revealing in a negative way toward the police (I'm referring the the manner in which film footage during the assassination of JFK by the FBI, and the confiscation of footage of a security camera at a gas station pointing in the direction of the impact that tumbled one side of the pentagon), then surely a law enforcement officer can shoot me and explain later that what he thought was a loaded weapon turned out to be a 35mm camera.

Isn't it just humane to act now and think later. If you follow the link addressing the late Theresa Duncan's Geistesgeschichte† You will find a letter from the NYTimes writer who didn't think to research her background before crediting her with her achievements. Is this cause for accusations of plagiarism? I dunno, but I do intend to analyze the letter written by him admitting his mistake.

It's always fun catching the professionals in a mistake and thinking, I couldn't have done much worse if I had been working there. So here's the photocopies of a book review dated July 29, 2001 in the L.A. Times where the graphic image was positioned to flow text around it, but somehow text got snipped away. The book was for Lee Siegel's Why great lit contains everything but a clear answer: a defense of serious fiction 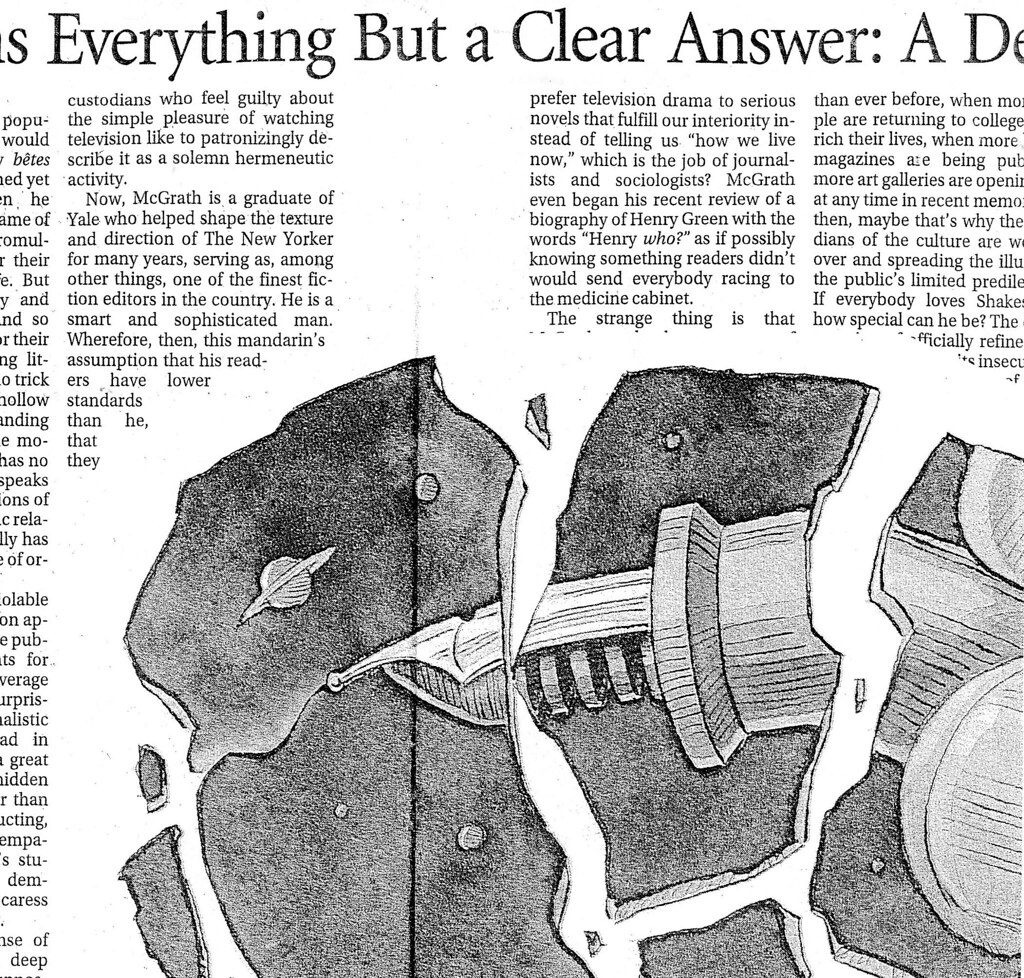